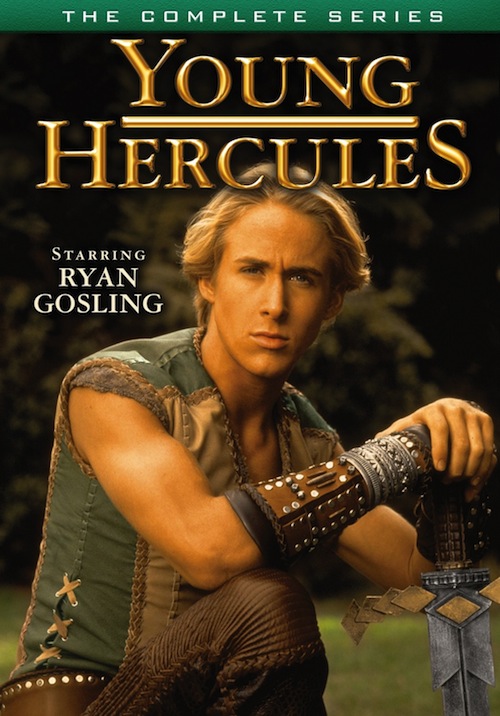 The product featured in this post was provided free of cost to me for the sole purpose of product testing and review. Please note that any personal opinions reflected in this post are my own and have not been influenced by the sponsor in any way.

In high school, I loved English II for its mythology. It really inspired me to cut class and go instead to NYC’s Metropolitan Museum of Art. I even bought myself a souvenir, Hamilton’s Mythology in paperback. It was my favorite reading because stories threw new lights on the inexplicable. It was man’s attempt to explain why. Science must scoff at its tellings.

Greek gods and heroes specially fascinated me although and I elected Latin II. Its stories especially Hercules were heavy to translate. Oh, had there been an easier way! Well, over a half century later, and I have found one. I can watch Young Hercules: The Complete Series. the 1998-1999 spin-off prequel to TV series Hercules: The Legendary Journeys. Ryan Gosling then 17, successfully replaces the original pilot’s Ian Bolan and makes the role his own.

Even though writing is only superficially true to mythology, Young Hercules shines in his strength, courage, and ingenuity. He is at Cheiron the Centaur’s Academy to train in martial arts. Zeus’s protectorship, Hera’s revenging torments, gods taking sides, complications with Strife and Discord, and friendships with Jason and Iolaus make every one of the 24 minute episodes good family viewing with important life lessons about honesty, mistakes, bullies and more.

Years as an English teacher makes me appreciate the wit in many of these 50 titles:

This prequel series to the smash hit Hercules: The Legendary Journeys explores the dawn of an ancient age of light and darkness as the half-god, half-man Hercules (Ryan Gosling, The Notebook) ? along with his friends, Prince Jason (Chris Conrad, Mortal Kombat Annihilation) and Iolaus (Dean O?Gorman, The Hobbit Trilogy) ? struggles to find his place in the world and learns what it means to be a hero.

Filming is striking with special effects before their time for television. The series is appropriate viewing for audiences of all ages and without adult content. Its hero is smart and good-natured–something that more heroes should be. He is also a positive role model in a world without enough of them. Two thumbs up for Young Hercules.

One (1) winner will receive their own copy of Young Hercules: The Complete Series.

Enter using the Giveaway Tools widget below. The winner will be selected by the Giveaway Tools widget. If you?ve entered any of my giveaways before then you know that you must complete the mandatory required entry, and that only comments containing all of the requested information will be eligible for entry. No PO Boxes. Here And There is not responsible for prize delivery. Good luck to everyone!