I have been to WDW hundreds of times. ?Back only a few days from the happiest place on earth, I am already planning another visit. ? Whether I am with some of the family (now numbering 17), hubby and me as a couple, or me alone, I know my time there will be fun. No doubt at all about it, I go to Disney a lot. ?Sometimes I park hop; other times not. ?It all depends on my venue for the day-special events, shows, parades or what.?Disney World is more than four amusement parks with rides. 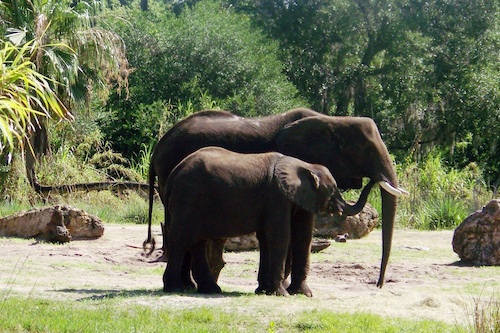 The Flower and Garden Festival and Dining Around the World call. ?I want to see everything–70,000 plant beddings, 220 miniature gardens, 100+ topiaries plus one sand sculpture.

I hear growling. ?It’s Hubby not bears reminding me we have dining reservations. ?I guide my man the long way around the Land so we can pass the new Muppets Kermit and Miss Piggy topiaries.

Finally we arrive at?Canada’s Le Cellier. ?Its pretzel rolls, mixed greens, cheddar cheese soup, poutine, filet mignon, and maple creme brulee is true cuisine. ?Outside bagpipe Celtic rock band Off Kilter entertains on stage.?Fiddler Jason Thompson’s The Devil Went Down to Georgia stops us in our tracks. ?We linger a bit then hubby suggests a Journey into Imagination with Figment. ?I gleefully accept. ?Passing Phineas and Ferb, two more new sculptures, I inform him that Figment would be a perfect topiary. Just imagine the dragon’s?two tiny wings, eyes big and yellow, horns of a steer, royal purple pigment in living flowers and fauna.

Star Wars Weekend and Star Tours: ?The Adventure Continues beckon. ? ?I wonder who will be on board this trip–perhaps Darth Vader, Boba Fett, Imperial Stormtroopers, “Skytroopers”, Admiral Ackbar, Yoda, Princess Leia, or Chewbacca. ?I wonder where the Starspeeder will travel–Tatooine, Coruscant, Hoth, Nabo, Kashyyyk, or Death Star orbiting Geonosis. ?Did you know May 20, 2011, George Lucas attended this 3-D, 54 scenerio simulator attraction’s official opening?

Do you believe this big, bad stormtrooper tried to capture me?

Celebrity guest James Arnold Taylor ?hosts Star Wars finale Symphony of Stars. Then comes fireworks. Too bad there is no Star Wars ?Galactic Party. ?The Hoopla Dance Off cancelled this year, remains as one of my favorite shows ever in WDW parks.

It is late, but there is just enough time to get to nighttime spectacular Fantasmic and see Sorcerer Mickey thwart evil.

Would you prefer to visit one park per day or park hopping from one park to another?