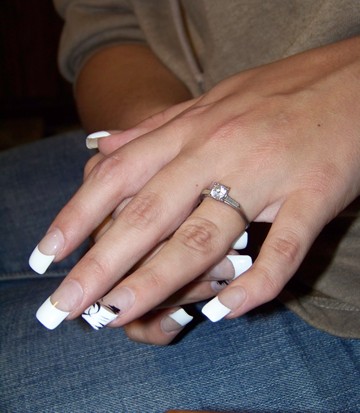 Last Saturday night the ringing of the telephone awakened me. I worried for a moment then decided it must be the son who lives in Cali calling. He always forgets to add the three hours time difference between coasts. Well, it wasn’t him. It was his brother who lives in the city. At 2:00 A,. M. he decided he needed to talk to me. Now I love my son and am always there for him, but I just am not at my best at that hour.

I am deaf and do have hearing aids. I don’t wear them to bed though, and I could barely hear him. When he said he would be home the following day, I said OK and hung up. His father now awake asked me what ET wanted. I told him I wasn’t sure. Maybe he was drunk. I put my head back on the pillow to be awakened several hours later by ET. He hadn’t had anything to drink. He was cold sober. He had decided to get engaged and wanted to tell me. He forgot how I am once I get to sleep. I can even carry on a conversation. The problem is I never remember it the next morning.

ET found a lovely girl. Gem is a college senior on the Dean’s List. Her family is Polish and Catholic like ours. I think similarities are good for couples today. It gives them something to build on. Gem is pleasant, considerate, well-mannered, giving and I could go on and on except that my other two sons’ wives may get touchy. I think she can make ET happy.

ET asked for his grandmother’s engagement ring. It is a family heirloom that I promised him his bride could someday have after we lost Mom. I asked hubby to get it. The problem was hubby had the key to the lock box put away in a safe place–so safe he forgot where the key was. He finally found it and was off to get the ring.

Shined and polished, the stone glistened in its white gold setting. I gave it to my son stipulating it was to remain always within the family..

Then ET took Gem away for some private time. (I wish it could have been a more romantic setting than our wreck room but then it is not my memory; it is theirs.) Gem came back giggling. This was a good sign. After keeping his father and I waiting, he announced she had accepted his proposal. She showed us her left hand. They both looked so happy and so in love.

I’m glad that ET never rushed into marriage. The girls he dated before just weren’t for him. I know this one is though. I love her as a daughter already. Annie’s ring looks beautiful on her. I know she would like this girl as much as the rest of the family does..

21 thoughts on “Worth the Wait”