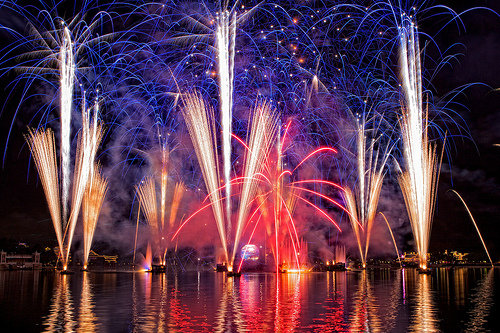 Daylight Savings Time ended in the wee hours of this morning. Boy! Did that ever mess with my internal clock. Autumn is evident all over New Jersey. The green leaves are turning to shades of yellow, orange, red, and brown. Still the weather of late has been dreary and dismal. Jerseyians have fallen back into sweats, long pants , and jackets. Brr…. After all the temperature is a brisk 70 degrees.

I have been spending lots of time poolside in sunny Lake Buena Vista slathering myself in Coppertone. A record high heatwave with 90 degree temps settled in and is baking things. Where are my tank tops, shorts, and sandals when I really need them? I better not complain though. Spring recess, my last trip here, was just the opposite.

I met up with my middle son and two of his friends so I got to socialize along my journey. Luckily I had a comp park hopper. They didn’t though and had to pay for their own park entries. Note: The one day price to enter any one WDW park is $79.00 for entertainment and most attractions. Visitors are obviously on their own when it comes to refreshments and souvenirs.

We tried to get dinner reservations at England’s Rose and Crown. They were all booked for the evening. We were disappointed until we came to the first stand. That was when we decided to skip a formal dinner and take a leisurely stroll International Plaza eating and drinking. I may not be a gourmet, but I like to think of myself as a connoisseur. Those morsels were tasty and well worth every dollar spent.

My senses were on overload. Offerings were quality, unique, fresh, and reasonably priced. The smell of Dutch, Italian, and Spanish cheeses and chorizo, the taste of lamb sliders, apple chutney and brown bread, the slurping sound of of frozen cappuchinos, Tangerine Mimosa Royales, and Frozen Dragon Berry Coladas going down, the look of praline bread pudding with Bourbon caramel sauce as well as warm chocolate lava cake with Bailey’s ganache–every bite and every sip just yum, yum, yum.

With no children, no one felt compelled to rush or go on every ride ride. The relaxed pace was stress-free, filled with conversation. I didn’t find the topiaries that often decorate the World and the Lands though. Bummer! As I passed the Imagination Pavilion, I wished the first Figment attraction was there. It was the best ever. The two upgrades pale to it in Disney magic. Going on Test Track reminded me of my times on the California freeways. I won’t say more. The evening’s finale Illuminations: Reflections of Earth, was spectacular. Its fireworks, water, and laser show set to music is a show in itself.

From there we moved on to the Boardwalk where the Halloween festivities were ghoulishly delightful, Both the Atlantic Dance Club and Jellyrolls were in full swing. Many visitors were in costume. I even wore one a la Disney. Hubby insisted mine didn’t count though as mine is second nature. His humor is something else. He always calls me, “Witch”.

We decided against going to Downtown Disney as Pleasure Island’s nightlife is gone. Alas, Disney it closed last year! We loved the entertainment there especially the Comedy Club and the Adventurers’ Club. Oh, to be dusted by a big, burly gorilla one more time! I think WDW was run better when it was strictly Disney property before it began to lease and outsourcing everything– hotels, restaurants, shops, and attractions. A resort this size that caters to both conventions and families should have more if it wants to attract the young adult crowd.

There is no direct transportation from one park to another, and transportation was very slow and jammed. Maybe our party would have hopped around had there been late hours in any of the parks. Things did not time out correctly. We weren’t able to be simultaneously in both Epcot and Hollywood Studios. The Animal Kingdom closed at 5:00. The Magic Kingdom shut down at 7:00 for the Mickey’s Not So Scary Halloween Party (another admission ticket of $64.00 plus tax). 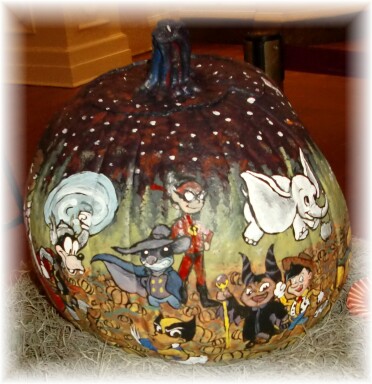 Halloween was still in full swing November 1 when I joined my oldest son, his wife and daughter in the Magic Kingdom. Mickey’s Not So Scary Party was on my own dime and resources. Its decorations, dance party, candy trail, picture moments, and parade were an expensive but good option instead of door to door trick-or-treating door.

If I had Aladdin’s lamp, I would wish to bring the whole family–husband, wives, sons, daughters, children, grandchildren– here. Just imagine the happy, smiling faces and the fun. I always have been a dreamer.